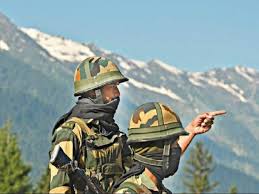 Indian Army is now in a secure border mode to pre-empt any Chinese Army transgressions in vulnerable areas of Ladakh. The repositioning of Indian armed forces has been done to take the Chinese aggression into account in the area and to ensure that all positions are defended,” said a senior official.
The Indian Army has also matched the PLA’s pumping of troops into the sector by deploying additional specialized forces such as the SFF that was raised to counter China after the 1962 war. SFF soldiers had played a key role in preempting the Chinese army, which tried to grab Indian Territory five days ago on the southern bank of Pangong Tso. Indian soldiers since then occupy major heights on the southern bank of the area.
The Indian Army has changed its approach from border management to securing the border on the 1,597 km Line of Actual Control (LAC) in Ladakh after PLA aggression in the Chushul sector followed by addition of troops and support elements, people familiar with the matter said.