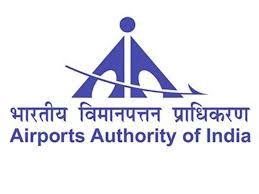 The union government on 19th August cleared the leasing of the airports at Jaipur, Thiruvanthapuram, and Guwahati for redevelopment to Adani Enterprises. The three airports will be leased for operation, management, and development in Public-Private Partnership (PPP) model to Adani enterprises. The union minister for information and broadcasting Prakash Javedkar said that the government will get ₹1,070 crore upfront from handing over the airports for redevelopment. The upfront ₹1,070 crore that will come to AAI will be used for developing airports in smaller towns. The other benefit is that the travellers will get better facilities. It will also improve efficiency,” the minister said. Adani enterprises turned out to be the successful bidder in a global competitive bidding for 50 years. The three airports that were handed over to Adani enterprises were part of six airports that were auctioned last year and contracts for Lucknow, Ahmadabad, and Mangalore airports were also signed earlier this year but Adani enterprises is yet to take the operations because of the corona virus pandemic.